Jason Kipnis net worth and salary: Jason Kipnis is an American professional baseball player who has a net worth of $20 million. Jason Kipnis was born in Northbrook, Illinois in April 1987. He is a second basemen who bats left handed and throws right handed. Kipnis played at the University of Kentucky and Arizona State University.

He was drafted #63 by the Cleveland Indians in the 2009 Major Leafe Baseball Draft and received a $575 thousand signing bonus. Kipnis made his MLB debut for the Indians in 2011 and has played for Cleveland his entire career. He was an MLB All-Star in 2013 and 2015 and won the American League Championship in 2016. In 2014 Kipnis signed a six year deal worth $52.5 million with the Indians. 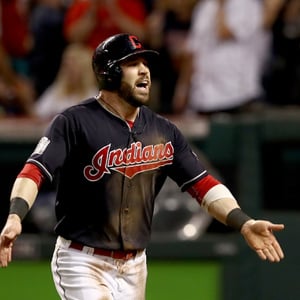