Jason Heyward net worth: Jason Heyward is an American professional baseball player who has a net worth of $50 million. Jason Heyward was born in Ridgewood, New Jersey in August 1989. He is a right fielder who bats and throws left handed. Heyward was drafted #14 by the Atlanta Braves in the 2007 MLB Draft and made his minor league debut at 17 years old.

He made his Major League Baseball debut for the Braves in 2010 and played there until 2014. Heyward was traded to the St. Louis Cardinals in 2015. During his career he is a two time Gold Glove Award winner and two time Fielding Bible Award winner. Heyward was an All-Star in 2010 and was named the Wilson MLB Defensive Player of the Year in 2014. He was a three-time minor league All-Star and won Minor League Player of the Year in 2009. In his debut season with the Braves he finished second in the NL Rookie of the Year Award. In 2014 he signed a two year deal for $13.3 million with Atlanta. In December 2015, Jason Heyward signed an 8-year $184 million contract with the Cubs. 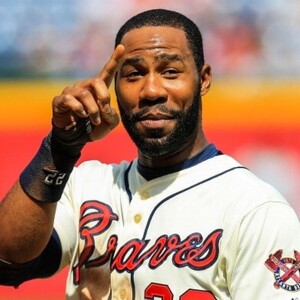