Jason Giambi Net Worth: Jason Giambi is an American professional baseball player who has a net worth of $35 million dollars. Jason Giambi, is a five time MLB All-Star. Born Jason Gilbert Giambi on January 8, 1971, in West Covina, California, he played as a first baseman and designated hitter for the Cleveland Indians of Major League Baseball.

As a three-sport standout in high school, Giambi was one of the gifted players on the baseball team, along three other future Major Leaguers and teammates: infielder Shawn Wooten, pitchers Aaron Small and Cory Lidle. Since he got voted MVP in both baseball and basketball, Giambi was selected in the 43rd round by the Milwaukee Brewers during the 1989 MLB Draft. However, he did not sign in order to attend college. While at the Long Beach State University, Giambi played college baseball for the Long Beach State 49ers baseball team. Next, he was picked by the Oakland Athletics selected in the second round of the 1992 Major League Baseball Draft. At that time, he took part of the US national baseball team at the 1992 Olympics in Barcelona, who finished fourth. Before making it into MLB, he also played one season for the Alaska Goldpanners of Fairbanks, Alaska, in the Alaska Baseball League, as well as for the Huntsville Stars in the Southern League. It was in 1995 that Giambi's MLB career started and he has since played for the Oakland Athletics, New York Yankees and Colorado Rockies. While with the Athletics, he became the American League MVP in 2000. In his pro career, he was a five-time All-Star who has led the American League in walks four times, in on base percentage three times, and in doubles and in slugging percentage once each. What's more, he won the Silver Slugger award twice. His career was little bit stained as it was revealed that he took performance-enhancing drugs, for which use he has publicly apologized.

A special honor received Jason Giambi from the mag Men's Fitness when he was named one of the Top 10 Most Superstitious Athletes. 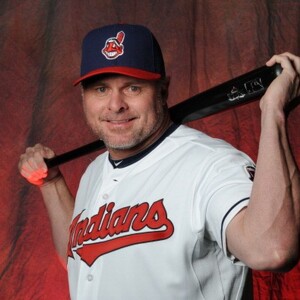