Jason Bay Net Worth and salary: Jason Bay is a former Canadian professional baseball player who has a net worth of $40 million dollars. Jason Bay was born in Trail, British Columbia, in 1978, and guided his little league team to a 1990 appearance in the Little League World Series. He played baseball at North Idaho College and later Gonzaga University before being drafted in the 22nd round of the 2000 MLB Draft by the Montreal Expos.

He played in the minors until his trade to the Mets in 2002; the Mets turned around and dealt Bay to the Padres. Bay made his MLB debut with the Padres in 2003, hitting a ninth-inning home run before breaking his wrist two days later. The Padres moved Bay to the Pittsburgh Pirates later that year, and he stuck with the franchise until 2008. Bay led NL rookies in offense despite missing the beginning of the season and was crowned NL Rookie of the Year in 2004 by "The Sporting News", becoming the first Canadian player to earn the honors. Bay was traded to the Boston Red Sox in 2008, where he played in his first postseason series. He joined the New York Mets in 2009 after hitting free agency, landing a four-year, $66 million contract to play in the Big Apple. He became a free agent in 2012 after the Mets ended his contract and signed with the Seattle Mariners for one season before announcing his retirement on March 31, 2014. Bay is a three-time All Star and won 2009's Silver Slugger Award. He finished his career with a .266 batting average, 222 home runs and 754 RBIs. He has three children with his wife, Kristen, and became an American citizen in a Boston ceremony in 2009. Jason Bay Salary: In 2005 signed a four year $18.5 million contract with the Pittsburgh Pirates. In 2009 signed a four year $66 million contract with the New York Mets. 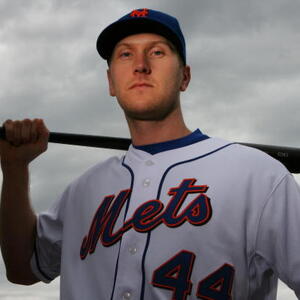