Jamie was born on November 18, 1962 in Sellersville, Pennsylvania. He attended Souderton Area High School in Souderton, Pennsylvania where he played baseball, basketball, and golf. He attended Saint Joseph's University where he was a pitcher on the school's baseball team. In 1984 he set the school's single-season records in wins, with 16, ERA, with 1.99, and strikeouts, with 90. In 1997 his jersey number 10 was retired. He is the only baseball player at Saint Joseph's to be bestowed with this honor. Moyer was also one of three inductees into the first class of the St. Joseph's Baseball Hall of Fame. He completed his college degree at Indiana University in 1986, after being drafted by the Chicago Cubs in the sixth round of the 1984 amateur draft. He later pitched for the Texas Rangers, St. Louis Cardinals, Baltimore Orioles, Boston Red Sox, Seattle Mariners and Philadelphia Phillies. Moyer is married to his wife Karen the daughter of former Baseball Coach Digger Phelps, they have eight children. 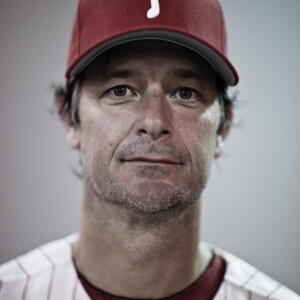