Jaime Garcia Net Worth and salary: Jamie Garcia is a Mexican professional baseball player who has a net worth of $12 million. Jaime Garcia was born in Reynosa, Tamaulipas, Mexico, in 1986, and was first drafted by the Baltimore Orioles in 2004. He ended up not singing with the team and re-entered the following year's draft.

The St. Louis Cardinals chose Garcia during the 22nd round and he made his MLB debut on July 11, 2008 with the team. Garcia has played every game of his career with the Cardinals, though he did not play during the 2009 season as he recovered from Tommy John surgery. Garcia, a left-handed starting pitcher, is still a member of the Cardinals as of the end of the 2014 season and is signed through 2015. The Cardinals' have an option on Garcia in both 2016 and 2017. His 2014 season was cut short in July after he underwent surgery on his shoulder to correct thoracic outlet syndrome. To date, he has a 42-26 career win-loss record. Garcia also has an earned run average of 3.50 and 476 strikeouts. He was part of the Cardinals' team that won the 2011 World Series championship. Garcia has earned National League Player of the Week honors in his career once, during April of 2011. 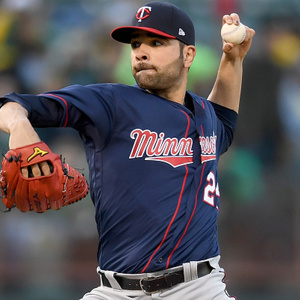