Jacoby Ellsbury Net Worth and salary: Jacoby Ellsbury is an American Major League Baseball player who has a net worth of $50 million. Jacoby Ellsbury was born Jacoby McCabe Ellsbury on September 11, 1983, in Madras, Oregon. During his career he has played for the Boston Red Sox and the New York Yankees.

An athletically gifted child, Ellsbury excelled in baseball, football and basketball while attending Madras High School. He set the state high school batting average record with an average of .567. He also holds the Oregon record for stealing seven bases in a game. Ellsbury turned pro in 2005, when he was drafted 23rd overall by Boston after attending three years at Oregon State. Even though he was selected first overall by the Tampa Bay Devil Rays in the 23rd round of the 2002 MLB Draft, he did not sign that year. In 2011 Ellsbury won his first Rawlings Gold Glove Award, his first Silver Slugger Award, as well as becoming the American League MVP runner-up, only to the Detroit Tiger's Justin Verlander. Furthermore, he is the only Red Sox player in history to be a member of the 30-30 club, a feat that he accomplished on September 25, 2011 against the New York Yankees. As of September 2018, Jacoby has earned $128 million in salary alone during his career in the MLB. 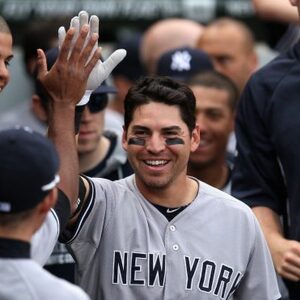