Jack Morris net worth: Jack Morris is an American former professional baseball player who has a net worth of $10 million. Jack Morris was born in St. Paul, Minnesota in May 1955. He was a starting pitcher who batted and threw right handed. Morris attended Brigham Young University and was drafted in the fifth round by the Detroit Tigers in the 1976 Major League Baseball draft. He made his MLB debut for the Tigers in 1977 and played there until 1990. Morris played for the Minnesota Twins in 1991, the Toronto Blue Jays from 1992 to 1993, and the Cleveland Indians in 1994. During his career Morris won four World Series Championships and a World Series MVP in 1991. He was a five time MLB All-Star and a two time MLB wins leader. Morris was the American League strikeout leader in 1983 and pitched a no-hitter in 1984. He holds records for starting the most games, having the most wins, and pitching the most innings in the 1980s. Morris has worked as an analyst for Fox Sports One and started working as a color commentator for the Minnesota Twins on Fox Sports North in 2015. 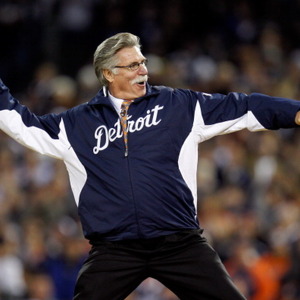