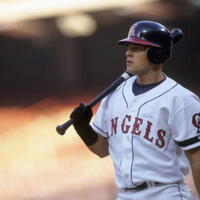 J.T. Snow net worth: J.T. Snow is a retired American professional baseball player who has a net worth of $15 million. Today J.T. Snow is one of the Special Assistants of the General Manager of San Francisco Giants. He also worked in television and radio broadcasting after his retirement as a baseball player. During his career as a baseball player, he was well known for his exceptional defense. Jack Thomas Snow (known as J.T. Snow) is the son of Jack Snow, a former NFL Los Angeles Rams Pro Ball Wide receiver. He was born on 26th February, 1968. He completed his high school from the Los Alamitos High School located at Los Alamitos, California and after that he played at University of Arizona for three seasons. At the beginning he started his career with New York Yankees. Then he played for California Angels from 1993 to 1996. During this period, he won his first two Gold Gloves.

After the 1996 season, J.T. Snow was traded to the San Francisco Giants. He introduced himself as a switch hitter and showed extra ordinary performance as a left hander after the year of 1998. He played nine seasons of his whole Baseball career with the San Francisco Giants. He suffered from an injury from 2002 to 2003. During this period he had a batting average of 0.246 and in 2004 his average raised to .327. At the end of his career he signed a contract of 2 Million Dollars with Boston Red Sox for one year on 6th January, 2006. At the end of this year, J.T. Snow retired and started as a commentator of Giants radio broadcast.