What is Ichiro Suzuki's Net Worth and Salary?

Ichiro Suzuki is a retired Japanese professional baseball player who has a net worth of $180 million. During his MLB career, Ichiro Suzuki earned $170 million in salary alone. He has earned as much, or more, from endorsements. Primarily in his home country.

Before his last appearance in 2019, Ichiro played 28 seasons in various top-level baseball leagues. He is best known for playing with the Seattle Mariners, although he then went on to play for the New York Yankees and the Miami Marlins.

Suzuki was a prolific batter and broke a number of records in the MLB. He was honored with a number of accolades during his time as a professional baseball player, including 17 Golden Gloves and All-Star selections. In addition, he won nine battling titles and four MVP titles. Ichiro was one of the first Japanese players to play at a high level in the MLB, and he carved out a path for many of his countrymen to follow behind him. Suzuki was also noted for his long career, and he maintained a high level of performance even as he was approaching retirement. He remains one of the most famous and beloved celebrities in Japan.

Suzuki Ichirō was born on October 22nd of 1973 in Kasugai, Japan. Raised in the small town of Toyoyama outside of Nagoya, Ichiro started playing baseball at the age of seven. His father then trained him every day in a rigorous manner, which included hitting 500 pitches per day and a number of other tasks.

By the age of 12, Ichiro was certain that he wanted to become a professional baseball player. His father made his training sessions much more intense, and Suzuki began to enjoy them less and less. After Ichiro joined his high school team, his father instructed to coach to "never praise him." During this period, Suzuki mostly played as a pitcher because of his strong arm. While he later became known for batting, Ichiro always maintained a keen interest in pitching, and he even pitched professionally in the MLB on a few rare occasions.

By the time he had finished high school, Ichiro was not shown much interest by Japanese teams in the NPB. Although he had racked up some impressive statistics, Suzuki's small frame discouraged many professional teams from taking him seriously. Fortunately, he was drafted in the fourth and final round in 1991, and he made his debut in the NPB Pacific League for the Orix BlueWave in 1992. He was 18 years old at the time, and he spent the majority of the next two seasons in the lower leagues. In 1994, Ichiro returned to the BlueWave and was given a shot by the new manager, Akira Ōgi. By the end of the season, he had cemented his position as a starter and scored 210 hits.

People had criticized Ichiro for his unconventional swing, but they couldn't argue with the results. At this point, Ichiro used his given name on the back of his jersey instead of his family name – a tradition that would last for the rest of his career. Throughout the next few seasons, Ichiro became a major star in Japan, and numerous brands offered him endorsement deals. By 2000, he was allowed to negotiate with teams in the MLB. 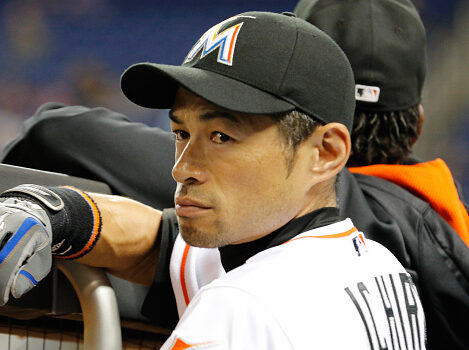 After the Seattle Mariners won the right to negotiate with Ichiro after bidding $13 million, they signed the Japanese talent on a three-year, $14-million contract. By the time he started playing in the MLB in 2001, Ichiro had matured completely as a player, and his time in the Japanese league had prepared him for this new challenge ahead.

He played extremely well during his first few seasons at Seattle. During this period, he maintained a very high batting average and continued to lead the Mariners to a higher level of success. In 2007, Ichiro signed a five-year contract extension with the Mariners worth about $90 million. By 2011, he had broken the Mariners' all-time hits record. From 2012 to 2014, he played for the New York Yankees. He then spent two years with the Miami Marlins before returning to the Mariners to end his career in 2019.

Ichiro supplemented his MLB salaries with a number of brand endorsements throughout the years. Some reports estimate that he earned about $7 million each year from brand endorsements alone during the peak of his career. Suzuki mostly endorsed Japanese brands, including Kirin Beer, Mizuno, and various other well-known companies.

In terms of US brands, Ichiro partnered with Cutter & Buck, Upper Deck, and Majestic Athletic. He could have earned much more, but he was reluctant to enter into agreements with certain brands. Ichiro's agent claims that he turned down around $40 million worth of endorsement deals over the course of his career.


From the beginning of his career, Ichiro trusted his father Noboyuki to handle his finances. However, this proved to be a bad decision. In 2002, it was revealed that Noboyuki had been underreporting Ichiro's income, which meant that the baseball player now had to pay a massive tax bill. The scandal represented a significant drain on Ichiro's finances, and it was also detrimental to his public image. After this incident, Ichiro and his father's relationship suffered.

In 2009, Suzuki listed his home in Seattle for $1.75 million. The home was apparently listed earlier for $3.2 million. In 2017, he sold a condo in downtown LA for just over $2.45 million. Ichiro managed to get $100,000 more than the asking price for the apartment. The residence spans just over 2,000 square feet and includes a 1,000-square-foot private rooftop patio with city and ocean views.

Ichiro and his wife, Yumiko Fukushima, have been married since 1999 and have no children. 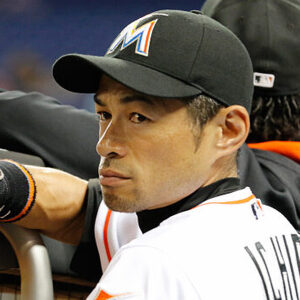