Hyun-jin Ryu net worth: Hyun-jin Ryu is a South Korean professional baseball player who has a net worth of $35 million. He is best known for being an MLB All-Star and the MLB ERA leader in 2019.

Hyun-jin Ryu was born in Incheon, South Korea in March 1987. He is a starting pitcher who bats right handed and throws left handed. He played for the Hanwha Eagles in the KBO from 2006 to 2012. Hyun-jin Ryu won the Korean Triple Crown and was the KBO MVP and KBO Rookie of he Year in 2006. He was a seven time KBO All-Star. Hyun-jin Ryu was a two time KBO Golden Glove Award winner, a two time KBO ERA champion, and a five time KBO strikeout champion. IN 2012 he signed a six year deal with the MLB's Los Angeles Dodgers for $36 million. Ryu was named to the All-MLB Second Team in 2019. He has represented South Korea in international competition and won gold medals at the 2008 Olympic Games and the 2006 and 2010 Asian Games. He also won a silver medal at the 2009 World Baseball Classic. 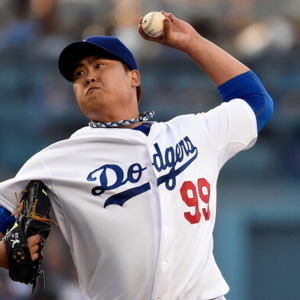