Hideo Nomo Net Worth: Hideo Nomo is a retired professional baseball player who has a net worth of $25 million. He is a retired right-handed pitcher in both Nippon Professional Baseball and Major League Baseball. Hideo Nomo was born August 31, 1968 in Minato-ku, Osaka, Japan. Nomo pitched for 13 seasons. Nomo was famous for his forkball which was was nearly impossible to hit or catch. His unique wind-up earned him the nickname "Tornado".
He was also a member of the silver medal winning Japanese baseball team at the 1988 Olympics. Hideo moved up in career by being drafted by the Kintetsu Buffaloes in 1989 where he deputed for them in 1990 he was an immediate hit in the team. He pitched for eight teams in his career which were the Kintetsu Buffaloes, Los Angeles Dodgers, New York Mets, Milwaukee Brewers, Detroit Tigers, Boston Red Sox, Los Angeles Dodgers, Tampa Bay Devil Rays and Kansas City Royals.

He is noted to have led the league in strikeouts and also threw two no-hitters, an achievement no other Japanese pitcher has ever accomplished. In 1995, he won the Rookie of the year award. Other notable accolades and awards attributed to him were; the Fiji Sawamura Award in 1990, the Pacific league MVP in 1990 and all star in 1995. His success in the 1995 season paved the way for an influx of Japanese players into the Major League Baseball. His last pitch was on the 18th of April 2008, for the Kansas City Royals. He currently resides in Los Angeles, California. Nomo was hired by the San Diego Padres in 2016 in the role Advisor, Baseball Operations. 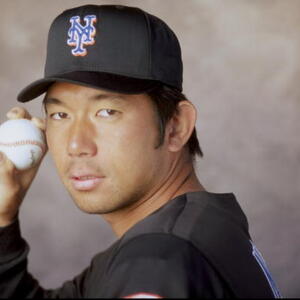