He won a State Championship as part of the football team. Reynolds was inducted into the Oregon Sports Hall of Fame in 1998. He was drafted by the San Diego Padres in 1979 but joined the Canada College Colts team instead. He was drafted #2 overall by the Seattle Mariners in 1980 and signed with them after one season with Canada College. He was inducted into the Canada College Hall of Fame in 2013. Harold made his Major League Baseball debut in 1993 for the Seattle Mariners. He played with the Mariners until 1992. He signed with the Baltimore Orioles where he played in 1993 before being traded to the California Angels for his last season in 1994. During his career Reynolds was a two time MLB All-Star. He won Gold Glove Awards from 1988 to 1990. He also received the Roberto Clemente Award in 1991 and was the American League stolen base champion in 1987. He worked at ESPN on Baseball Tonight from 1996 until 2006 until he was fired for what was called sexual harassment. He planned to sue ESPN but the case was settled in 2008. He joined the MLB Network in 2009 and Fox Sports in 2012. 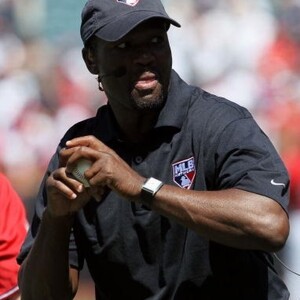