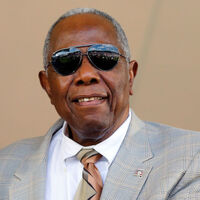 What was Hank Aaron's Net worth and Salary?

Hank Aaron was a legendary American baseball player and businessman who had a net worth of $25 million at the time of his death. Hank Aaron died on January 22, 2021 at the age of 86. "Hammerin' Hank" Aaron played an impressive 23 seasons in Major League Baseball from 1954 through 1976. He was elected to the Baseball Hall of Fame in 1982, his first year of eligibility, with 97.8% of the vote from baseball writers who make the selection.

Hank is probably best-remembered for breaking Babe Ruth's all-time home run record. On April 8, 1974, Hank hit his 715th career home run, topping Babe's 714. Hank ultimately retired with a total of 755 home runs. That record was topped decades later by Barry Bonds. Barry is the current leader in terms of career home runs. Barry retired with 762, although Bonds' name is accompanied by an asterisk due to the fact that Bonds is widely believed to have used PEDs. Hank is the only player in baseball history to hit over 30 home runs in 15 seasons. He finished his career with a lifetime batting average of .305, 3771 hits and 2297 RBIs. He won a World Series in 1957 and was a 24 time All-star. 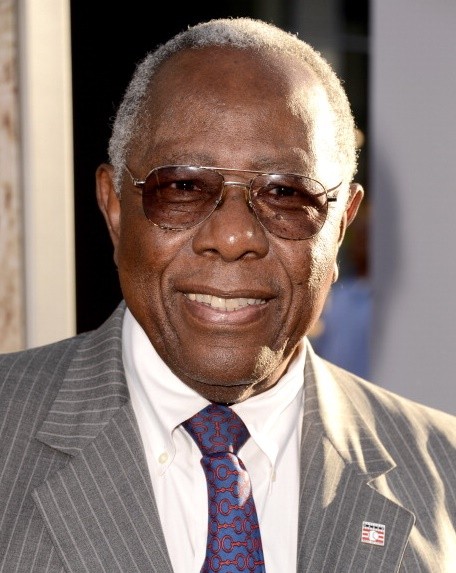 Henry Louis Aaron was born in Mobile, Alabama, on February 5, 1934. He spent most of his youth in Toulminville, Alabama. He was one of eight children who grew up amid rigid segregation.

As a teenager he played for the Mobile Black Bears semipro team. He was eventually signed to the Indianapolis Clowns of the Negro league. In June of 1952 he was signed by the Braves.

With the Braves Aaron played for a farm team in Wisconsin where he was named rookie of the year. He made his professional debut in 1955 after outfielder Bobby Thompson broke an ankle in an exhibition match. In the 1955 season he would hit .314. The next season he hit .328. He was voted National League MVP in 1967. The Braves defeated the Yankees that year in the World Series.

Aaron was a right field mainstay for the lion's share of his MLB career, although he would occasionally make appearances as an infielder. During Aaron's last two seasons, he moved over primarily to the designated hitter spot.

He finished his career with a lifetime batting average of .305, 3771 hits and 2297 RBIs. His RBI total still stands as the all-time record. He won three Gold Gloves and is in the top five all time slot for career hits at 3,771, as well as runs 2,174. Aaron is also one of only four players to have at least 17 seasons with 150 or more hits. Aaron also ranks third all time as far as games played (3,298). By the time Aaron retired, he held most of the MLB's key career power hitting records. 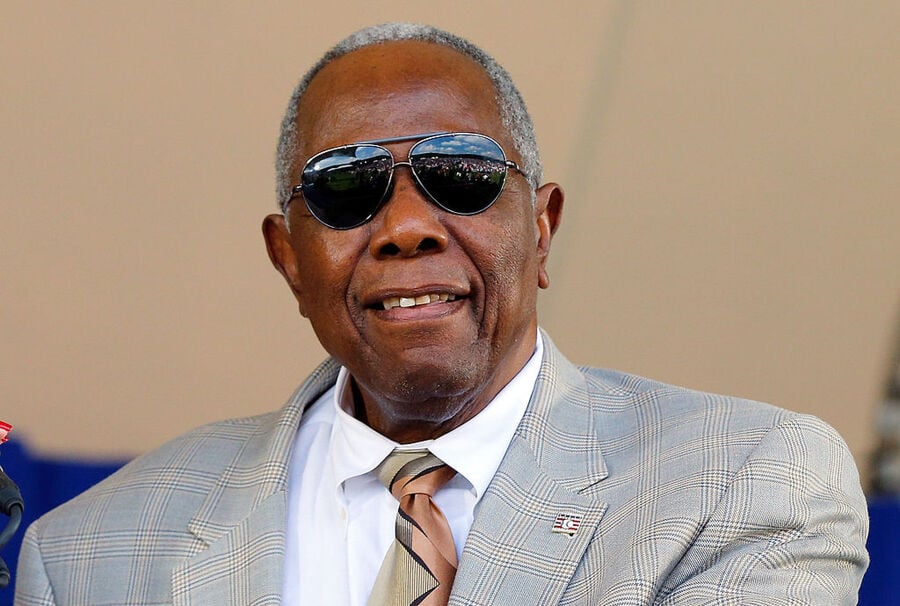 Aaron tended to downplay his Babe Ruth home run "chase" while the rest of baseball (as well as baseball enthusiasts) grew increasingly interested and excited as he closed in on the 714 HR record. Aaron went through thousands of letters each week during the summer of 1973, which included a sizable amount of hate mail. The Braves organization actually ended up hiring a secretary to help Aaron sort through all of his letters.

After retirement, Aaron held various positions in the front office for the Atlanta Braves, including his role as a senior vice president for the organization. In 1988, Aaron was inducted into the Wisconsin Athletic Hall of Fame in addition to the Baseball Hall of Fame. In 1999, as another honor, MLB organizers introduced the Hank Aaron Award, which is an award that recognizes the top offensive players in both the National and American leagues. Aaron was also awarded the Presidential Medal of Freedom in 2002 and was also named a 2010 Georgia Trustee by the Georgia Historical Society as a way of recognizing Aaron's accomplishments and how those accomplishments reflect the overall ideals of the state of Georgia's founders. Aaron was a long time resident of Atlanta.

A teenage boy named Stanley Burrell served as batboy for the Oakland As from 1973-1980. At that age, Stanley looked like a young Hank Aaron, so the players started calling him "Hammer". Decades later, he became known as the "Master of Ceremonies," M.C. Hammer.

During his career, Hank's largest salary was $240,000 which he earned in both the 1975 and 1976 seasons. That's the inflation adjusted equivalent of $1.2 million per year in today's. He earned a total of $2.12 million during his career. That's the same as around $10 million after adjusting for inflation.

Hank famously didn't have a single endorsement in the run-up to his home run record. Clarence Avant, a powerful music executive and entertainment executive, was upset to learn Hank had no endorsements while living in Atlanta just a few blocks down from the world head quarters of Coca Cola. According to legend, Clarence stormed into Chairman of Coca Cola's office and demanded that the company make Hank a wealthy man. And that's exactly what they did. During his lifetime, Hank Aaron gave away more of his Coca Cola endorsement money than he ever earned playing baseball. These donations have primarily happened through The Hank Aaron Chasing the Dream Foundation.