Greg Gagne Net Worth: Greg Gagne is a former American professional baseball player who has a net worth of $10 million. Born in 1961 in Fall River, Massachusetts, Greg Gagne was drafted during the fifth round of the 1979 Major League Baseball draft by the New York Yankees. He played his way through the organization's farm system before being dealt to the Minnesota Twins in 1982.

He made his MLB debut on June 5, 1983 with the Twins. He played in Minnesota for close to a decade before joining the Kansas City Royals from 1993 until 1995 and later the Los Angeles Dodgers from 1996 until 1997. Gagne last played on September 27, 1997 with the Dodgers. He is a two-time World Series championship, winning in 1987 and 1991 with the Twins. Gagne, a right-handed shortstop, is considered to be among the best defensive players at his position in baseball among his contemporaries. Gagne finished his pro playing career with a batting average of .254. He hit 111 home runs and drove in more than 600 runs. After his retirement, he began coaching high school baseball. He lives in Massachusetts near his hometown. Gagne is now a member of the Minnesota Twins Hall of Fame. 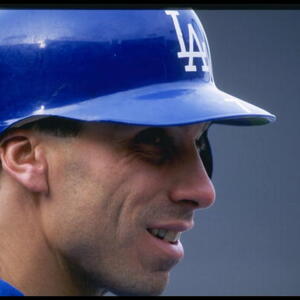