Gleyber Torres net worth and salary: Gleyber Torres is a Venezuelan professional baseball player who has a net worth of $3 million. Gleyber Torres was born in Caracas, Venezuela in December 1996. He is a second basemen and shortstop who bats and throws right handed. He started playing baseball at just four years old.

Torres signed with the Chicago Cubs in 2013 as an international free agent for a $1.7 million signing bonus. He played in the rookie level Arizona League and the Class A-Short Season Northwest League in 2014. In 2015 he played in the Class A Midwest League and Class A-Advanced Carolina League. Gleyber Torres was traded to the New York Yankees in 2016 and played in their minor league system. He made his Major League Baseball debut for the Yankees in 2018 and was an All-Star in 2018 and 2019. During the 2019 season he hit his first two grand slams. 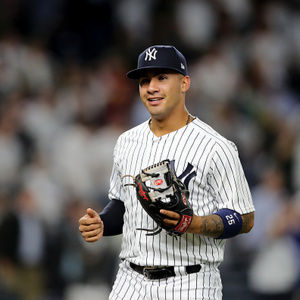