Gil Meche is a former American professional baseball player who has a net worth of $20 million. Born on September 8, 1978 in Lafayette, Louisiana, Meche was a right-handed pitcher who made his Major League Baseball debut with the Seattle Mariners on July 6, 1999. Only playing for two MLB teams, Meche's career stats include a win-loss record of 84-83, an earned run average of 4.49, and a total of 1,050 strikeouts.

Following his reign with the Mariners, Meche joined the Kansas City Royals in 2007 with whom he made his last MLB appearance on October 3, 2010. He became an All-star in 2007 and was AL Comeback Player of the Year in 2003. He attended Acadiana High School where he pitched for the school team and went on to the Junior Olympics and earned a gold medal in the 1995 World Junior Baseball Championship. He also received he award for Most Valuable Pitcher at the 1995 National Amateur All-star Tournament. After suffering a shoulder injury and prolonged back injuries, Meche opted to retire from Major League Baseball in January of 2011. He currently lives in Mansfield, Texas where he is engaged to his partner Stacy. He has three children by the names of Brayden, Landon, and Ella. 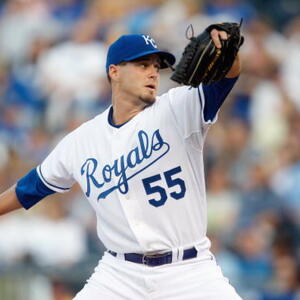