He was signed by the Houston Astros as a free agent in 1993 and traded to the Seattle Mariners in 1998. Garcia made his Major League Baseball debut for Seattle in 1999 and played there until 2004. He played for the Chicago White Sox from 2004 to 2006 and for the Philadelphia Phillies in 2007. Garcia next pitched for the Detroit Tigers in 2008. In 2009 he signed a deal for $1 million with the Chicago White Sox. In 2011 Garcia signed a minor league contract with the New York Yankees for $1.5 million. Later that year he signed a one year deal with New York for $4 million. In 2013 he played for the Baltimore Orioles and the Atlanta Braves. Starting in 2014 he now pitches for the EDA Rhinos of the Chinese Professional Baseball League in Taiwan. His seven month contract could be worth up to $392,000 which is the most lucrative deal in CPBL history. Garcia was an MLB All-Star in 2001 and 2002. He was the American League ERA leader in 2001 and won a World Series Championship with the Chicago White Sox in 2005. 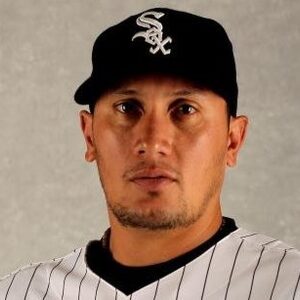