How much is Fred Lynn Worth?

Fred Lynn net worth: Fred Lynn is a former professional baseball player who has a net worth of $4 million. Fred Lynn was born in Chicago, Illinois in February 1952. He was a center fielder who batted and threw right handed. Lynn played for the United States and won a silver medal at the 1971 Pan American Games. He also played his college baseball at USC. Lynn made his Major League Baseball debut for the Boston Red Sox in 1974 and played there until 1980. He also played for the California Angels from 1981 to 1984, the Baltimore Orioles from 1985 to 1988, the Detroit Tigers from 1988 to 1989, and the San Diego Padres in 1990. Lynn was the first player to win both the MVP and Rookie of the Year awards in the same season in 1975. He was a nine-time All-Star from 1975 to 1983 and won four Gold Globe Awards and an American League batting championship. Lynn has bene inducted into the Boston Red Sox Hall of Fame as well as the College Baseball Hall of Fame. 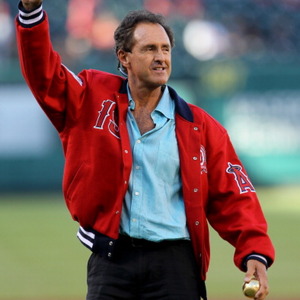