Frank Thomas Net Worth and Salary: Frank Thomas is a retired American pro baseball player who has a net worth of $40 million. Also known by baseball fans as "The Big Hurt," Thomas became a successful first baseman and designated hitter, mostly playing for the Chicago White Sox in Major League Baseball. After starting his career in 1990, he continued for 18 years before retiring in 2008. Frank is the only player in history to have seven consecutive seasons with a .300 batting average, 100 RBI, 100 runs scored, 100 walks, and 20 home runs.

Frank's hitting ability became obvious after he was drafted by the White Sox in 1989. In 1993, he led the team to a division title and hit 40 home runs. Unfortunately, Thomas struggled with a number of injuries throughout his career, including notable foot issues. Because of his injuries, he was largely limited to being a designated hitter by the final years of his career. Because of these injuries, Thomas was also unable to play when the White Sox won the World Series in 2005. After receiving surgery on his foot, he left the White Sox after 2005 and finished his career with the Oakland Athletics and the Toronto Blue Jays.

Thomas left a considerable legacy behind when he retired, and he broke a number of records. These include White Sox franchise records for career home runs, RBI, runs, doubles, extra-base hits, walks, slugging average, and on-base percentage. The White Sox eventually created a statue in his honor at US Cellular Field, and he was inducted into the Baseball Hall of Fame in 2014. Perhaps the greatest honor Frank enjoyed was never being associated with any scandals involving performance-enhancing drugs. In an era where virtually everyone was on steroids, he was never even remotely suspected of taking part, and he was an advocate for drug testing during this period.

Early Life: Frank Edward Thomas Jr. was born on May 27th of 1968 in Columbus, Georgia. During his high school years, Frank played on both the football and baseball teams. By his senior year, Thomas had established a batting average of .440. Unfortunately, he was not selected in the 1986 amateur draft for baseball.

After graduating from high school, Frank accepted a football scholarship with Auburn University. Although he was on a football scholarship, he still displayed an interest in joining the school's baseball team, and coach Hal Baird quickly recognized his potential. As a freshman, Frank established a batting average of .359. During this period, he also played for the Orleans Cardinals. Auburn eventually agreed to continue funding him, even though he had switched entirely to playing baseball.

Career: In 1989, Thomas was selected by the Chicago White Sox in the 1989 Major League Baseball draft. He made his debut for the team in 1990, later hitting his first home run against the Minnesota Twins. Over the next few years, Frank would establish himself as one of the best hitters in the game and a truly elite player. He also routinely finished in the top ten during MVP voting each season.

In 1997, Frank's performances began to falter. Injury problems began to take their toll, and he underwent various surgeries. Despite these issues, he was still posting positive results by 2005. This year, the White Sox won the World Series. Although Thomas was not part of the team due to injuries, he helped them reach the finals with his offensive contributions throughout the regular season. After this season, Frank left the White Sox and finished his career with the Oakland Athletics and the Toronto Blue Jays.

Baseball Earnings: During a career that lasted from 1990 to 2008, Frank earned over $107 million in salary alone. He also earned tens of millions of dollars thanks to various brand endorsements. 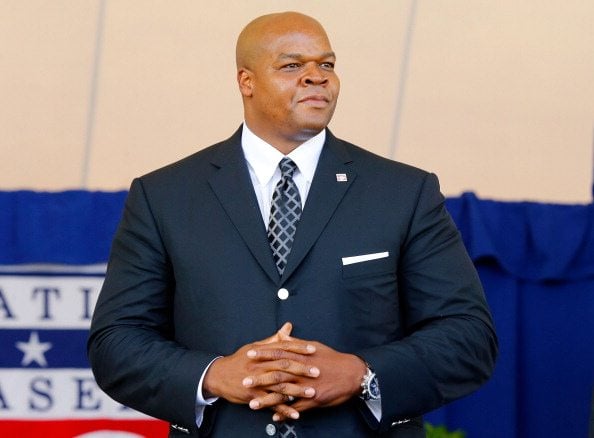 Real Estate: In 2014, it was reported that a home that had originally been built by Frank Thomas had sold for $2.71 million. The home lies in the village of Oak Brook, Illinois, and it has been described as "ultra 90s." While this is certainly a large sum of money, it pales in comparison to the amount that Thomas received when he sold the home in 2003. Frank managed to get $7.95 million for the mansion, which remains the highest price ever paid for a private residence in DuPage County.

The home features nine bedrooms and 25,000 square feet of living space. It also sits on a 3.3-acre parcel of land. Additional highlights include a built-in beauty salon, a safe room, a dance floor, and a legitimate home theater complete with a ticket booth. The residence eventually sold for a relatively low sum because the couple who had purchased it from Thomas experienced financial difficulties, and the home went into foreclosure as a result. In 2021, it was reported that new owners were still trying to sell this property, although they had raised the asking price to $5.95 million.

In 2007, Frank purchased a home in Libertyville, not far from Las Vegas. He paid $1.799 million for this residence. In 2020, it was reported that the slugger had purchased a "mega house" in North Barrington, Illinois. This home is reportedly three times the size of the residence he purchased in Libertyville, spanning almost 18,000 square feet of living space. It also features Georgian-style construction and sits in a gated community.

Later in 2020, it was reported that Thomas had sold this Libertyville home for $1.36 million, accepting a loss of $440,000 on the deal. His former Libertyville home features six bedrooms, 5,793 square feet of living space, and three fireplaces. Additional highlights include a home theater and a built-in trampoline. 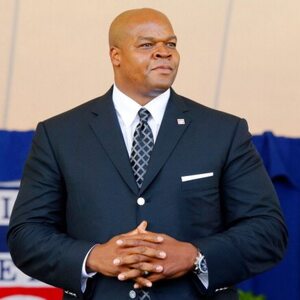