Francisco Rodriguez is a Venezuelan professional baseball player who has a net worth of $30 million. Born on January 7, 1982 in Caracas, Venezuela, Rodriguez is known for his role as relief pitcher in Major League Baseball. Also commonly known as "Frankie" and "K-Rod," Rodriguez made his MLB debut on September 18, 2002 with the Anaheim Angels and is currently a free agent.

He has played for the New York Mets, the Milwaukee Brewers, and most recently for the Baltimore Orioles. He has a win-loss record of 41-36, an earned run average of 2.70, 932 strikeouts, and 304 saves. He became a World Series Champion in 2002 with the Anaheim Angels, and is a four-time MLB All-star for the years 2004, 2007, 2008, and 2009. He is a member of the 300 Save Club and earned the Rolaids Relief Man of the Year Award twice, along with being a three-time AL Saves Champion. He has a MLB record of 62 saves in a single season. His pitching style includes a two-seam fastball reaching between 90 and 93 mph, a curveball reaching between 76 and 79 mph, and a changeup reaching between 82 and 85 mph. Rodriguez is father to five children and has two twins with his current girlfriend. 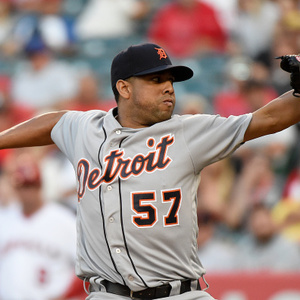