He made his MLB debut with the Detroit Tigers on August 2, 1999 and has continued on to play for the Texas Rangers from 2000 to 2006, the Milwaukee Brewers from 2006 to 2007, the Cincinnati Reds from 2008 to 2011, the Toronto Blue Jays in 2012, and the Houston Astros in 2012. He is a three-time All-star for the years 2004, 2007, and 2009. Cordero, also known to some as "CoCo," attended school in the Dominican Republic at Colegio Luz Arroyo Hondo High School and was favored as a closer in the MLB. Prior to joining the Detroit Tigers, Cordero had a stint in minor league baseball, playing for the Jamestown Jammers, the Fayetteville Generals, the West Michigan Whitecaps, the Lakeland Tigers, and the Jacksonville Suns. He became the 22nd player in MLB history to reach his 300th career save. 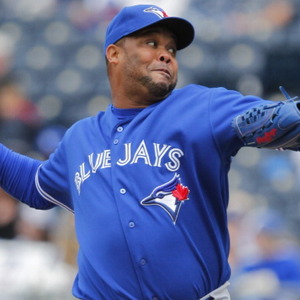