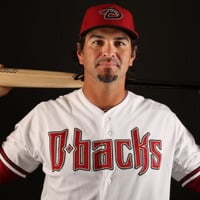 Eric Chavez is an American professional baseball player who has a net worth of $40 million. Born on December 7, 1977 in Los Angeles, California, Chavez is a free agent in Major League Baseball. Chavez plays both third and first base and made his MLB debut with the Oakland Athletics on September 8, 1998 after a minor league stint with the Visalia Oaks. He bats left and throws right and has a batting average of .268, 257 home runs, 894 runs batted in, and a total of 1,460 hits. After his run with the Oakland Athletics from 1998 to 2010, he went on to play for the New York Yankees from 2001 to 2012, and most recently played for the Arizona Diamondbacks. During his minor league appearance, Chavez earned the J.G. Taylor Spink Award and was named Minor League Player of the Year by Baseball America. He has received the Gold Glove Award six times and earned the Silver Slugger Award in 2002. Chavez has suffered few injuries, temporarily putting him on the disabled list. He most recently suffered a tear to the minor right oblique and was put back on the disabled list on June 1, 2013. He has played a total of 1,256 games.