Hernandez was drafted by the Houston Astros in the 6th round of the 2009 Major League Baseball Draft and signed a $150 thousand signing bonus. He made his MLB debut for the Astros in 2014. Enrique Hernandez then played for the Miami Marlins in 2014 and joined the Los Angeles Dodgers in 2015. He won a silver medal representing Puerto Rico in the 2017 Los Angeles World Baseball Classic. Enrique Hernandez signed a one year deal with the Dodgers in 2018 for $1.6 million. In 2018 he was selected to join the MLB All-Star team at the 2018 MLB Japan All-Star Series. 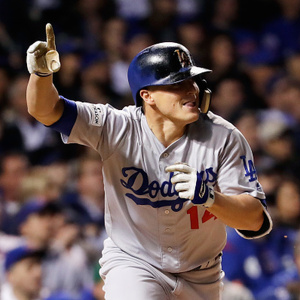