Elvis Andrus Net Worth: Elvis Andrus is a Venezuelan professional baseball player who has a net worth of $60 million. Elvis Andrus was born in Maracay, Venezuela in August 1988. Andrus is a shortstop who bats and throws right handed. He was signed by the Atlanta Braves at 16 years old and had a signing bonus of over $500,000.

Elvis was rated the #2 prospect in the Atlanta Braves organization by Baseball America in 2007. Andrus played for the Orlando Braves, Danville, and Myrtle Beach Pelicans. He was part of the All-Star Futures Game in 2007 and 2008. Andrus was traded to the Texas Rangers in 2007. He became the team's starting shortstop for the 2009 season at 20 years old. With the Rangers Andrus was an American League champion in 2010 and 2011. He has been selected as an All-Star in 2010 and 2012. He has donated $12,500 to a Christian charity OurCalling. His older brother Erold Andrus has played in the major leagues. Erold played in a Rangers spring training game in 2011 which was the first time the brothers played together in the U.S. 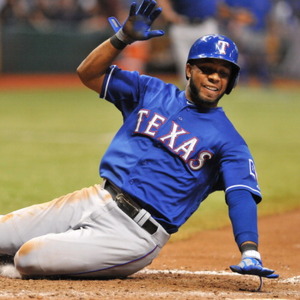