Edgar Renteria is a former Colombian professional baseball player who has a net worth of $40 million. Born on August 7, 1975 in Baranquilla, Colombia, Renteria is known for his role as shortstop in Major League Baseball. He made his debut with the Florida Marlins on May 10, 1996 after attending Instituto Los Alpes High School in Baranquilla.

Following the Marlins, Renteria went on to play for the St. Louis Cardinals, Boston Red Sox, Atlanta Braves, Detroit Tigers, San Francisco Giants, and the Cincinnati Reds. He has a batting average of .286, a record of 140 home runs, 923 runs batted in, and 2,327 total hits. He is a five-time MLB All-star for the years 1998, 2000, 2003, 2004, and 2006. Along with winning the World Series in 1997 and 2010, he was also named World Series MVP of 2010. He is a two-time Gold Glove Award winner and a three-time Silver Slugger Award winner. Renteria made his last MLB appearance on September 28, 2011 and officially retired from the league on March 22, 2013. He has two younger brothers who played minor league baseball in Colombia. They founded Team Renteria, which is still in existence today and led to the creation of the Colombian Professional Baseball League. 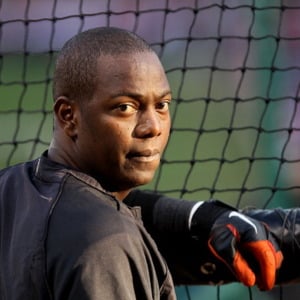