Dustin Pedroia net worth and salary: Dustin Luis Pedroia is an American professional baseball player who has a net worth of $45 million. Dustin Pedroia was born in Woodland, California on August 17, 1983. His parents, Guy and Debbie, owned a tire shop in the town where he was born. His family used to spend 15 hours a day working, so Dustin, at an early stage realized the importance of hard work. Dustin followed his elder brother Brett into baseball. Brett's career had a tragic end when he snapped his ankle sliding in a Juco game.

Brett's teammates still remember Dustin as the little hard fellow who always somehow managed to join them during practice. Dustin had an unorthodox swing right from his early age and carried it throughout his career successfully. He started his MLB career with the Boston Red Sox on August 22, 2006. Dustin is a high caliber fielder and is regarded as a natural leader by fellow players. He won All-Star awards for four times. As of this writing, he has won three Golden Glove awards and two Fielding Bible Awards. Dustin Pedroia has been married to Kelli Hatley since 2006. 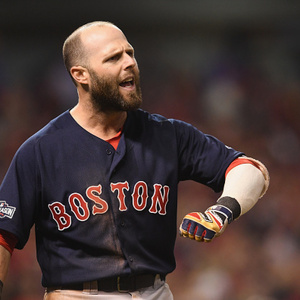