Doug Reinhardt Net Worth: Doug Reinhardt is an American professional baseball player, sports agent, and TV personality who has a net worth of $3.5 million dollars. Born in 1985 in Torrance, California, Doug Reinhardt signed with the Los Angeles Angels of Anaheim after high school rather than attending the University of Southern California. Soon after, he signed with the Baltimore Orioles before blowing out his knee. Reinhardt then went to Pepperdine University and later the Pepperdine University School of Law before leaving to work as a professional sports agent at Los Angeles' Beverly Hills Sports Council.

Reinhardt is best known for his string of high-profile relationships and his appearance on MTV's reality series "The Hills". Reinhardt dated the star of "The Hills", fashion designer and author Lauren Conrad, in early 2008. Soon after, he began dating actress Amanda Bynes for six months, though the relationship ended in the beginning of 2009. A month after his relationship with Bynes went south, Reinhardt began dating socialite and heiress Paris Hilton. He appeared on "Paris Hilton's My New BFF" before the couple broke up for good in 2010 after an on-again, off-again relationship. Reinhardt was rumored to be dating actress Cassie Scerbo and Miss World USA Lane Lindell before announcing his engagement to fellow "The Hills" star Allie Lutz. 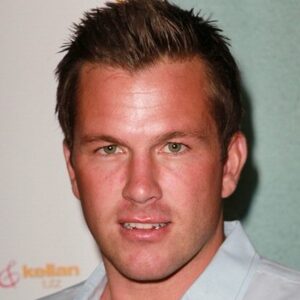