Dontrelle Willis net worth: Dontrelle Willis is an American professional baseball player who has a net worth of $20 million. Dontrelle Willis was born in Oakland, California in January 1982. Willis is a pitcher who played at Encinal High School. He was drafted in the 8th round by the Chicago Cubs in the 2000 Major League Baseball Draft.  Willis played for the Florida Marlins from 2003 to 2007 and signed a one year deal worth $6.45 million in 2007.

Later that year he was traded to the Detroit Tigers where he signed a three year deal worth $29 million. In 2010 Willis was traded to the Arizona Diamondbacks. He signed with the Cincinnati Reds in 2011 and later that year signed with the Philadelphia Phillies for a one year $1 million deal. After that Willis had minor league contracts with the Baltimore Orioles and Chicago Cubs. He played for the Long Island Ducks of the Atlantic League and then had minor league contracts with the Los Angeles Angels of Anaheim and the San Francisco Giants. In 2014 he played for the Bridgeport Bluefish of the Atlantic League and then in 2015 he signed a minor league contract with the Milwaukee Brewers. Willis was National League Rookie of the Year in 2003 and also won a World Series Championship that year. He is also a two time MLB All-Star. 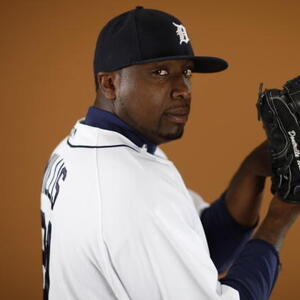