Dewayne Staats net worth: Dewayne Staats is an American sports broadcaster who has a net worth of $3 million. Dewayne Staats was born in Advance, Missouri in August 1952. He became the play-by-play commentator for the Tampa Bay Rays on television since the team began playing in 1998. During his 40 plus year career he has served as a broadcaster for many teams.

After graduating from Southern Illinois University Edwardsville he was a sports reporter for WSIE and announced high school sports. Staats announced for the Oklahoma City 89ers baseball team and then became sports director at KPLY-TV. He announced for the Houston Astros from 1977 to 1984, Chicago Cubs from 1985 to 1989, New York Yankees from 1990 to 1994, and for ESPN from 1995 to 1997. One of his daughters is married to former MLB pitcher Dan Wheeler. Dewayne Staats has won multiple local Emmy Awards and has been nominated for the Ford C. Frick Award. 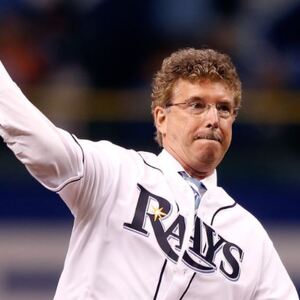