Derrek Lee is a former American professional baseball player who has a net worth of $30 million. Born on September 6, 1975 in Sacramento, California, Lee is best known for his contributions to Major League Baseball as first baseman for the San Diego Padres, Florida Marlins, Chicago Cubs, Atlanta Braves, Baltimore Orioles, and Pittsburgh Pirates.

During his career, Derek Lee earned a little over $90 million in salary. Commonly known as "D-Lee," he maintained a batting average of .281, 331 home runs, and a record for 1,078 runs batted in. Lee's bloodline proves successful in baseball, as his father, Leon Lee, was also a baseball player in Japan. His uncle, Leron Lee, was an outfielder in the MLB and played for St. Louis Cardinals, Los Angeles Dodgers, and the Cleveland Indians. Derrek Lee has been named a two-time All-star, a World Series champion, the NL Batting Champion, and has received both the Silver Slugger Award and the three-time Gold Glove Award. Lee is currently married to Christina Lee and has two children by the names of Dylan and Jada Ryan. After his daughter, Jada Lynn, was diagnosed with Leber's congenital amaurosis in 2006, he started Project 3000 with Boston Celtics co-owner, Wyc Grousbeck, in order to fight the disease. In 2009, it was revealed that Jada Ryan did not in fact have said disease, however Lee continues to raise funds for the cause. 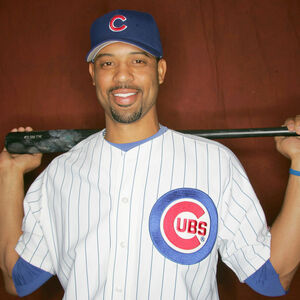