Derek Lowe net worth: Derek Lowe is a retired American professional baseball player who has a net worth of $60 million. Derek Lowe was born in Dearborn, Michigan, and lettered in basketball, baseball, golf, and soccer. He was set to attend Eastern Michigan University on a basketball scholarship, when the Seattle Mariners drafted him instead.

He played in the Minor Leagues through 1996. He was called up to the Majors in April of 1997, and went on to play for part of the season, before being traded to the Boston Red Sox. He remained with the Red Sox through 2004, helping them to two World Series wins. He then began playing for the Los Angeles Dodgers in 2005, and remained with them through 2008. He then signed with the Atlanta Braves. He played moderately well for the team through 2011, and then signed with the Cleveland Indians briefly. In 2012, he began playing for the New York Yankees. He played one season with the Yankees, and started 2013 with the Texas Rangers. However, he announced his retirement in July of 2013. 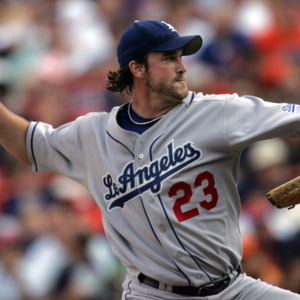