How much is Dennis Eckersley Worth?

Dennis Eckersley net worth: Dennis Eckersley is an American former professional baseball player who has a net worth of $20 million dollars. Dennis Eckersley was born in Oakland, California, and played both baseball and football in high school. He ultimately chose to give up football and focus on baseball. The Cleveland Indians drafted him directly out of high school, and he spent three years in the Minor Leagues, before being called up to Majors in 1975. He went on to win the AL Rookie Pitcher of the Year Award that year. After three successful seasons with the Cleveland Indians, including pitching a no-hitter in May of 1977, he was traded to the Boston Red Sox. He then played for the Chicago Cubs, the Oakland Athletics, the St. Louis Cardinals, and the Boston Red Sox again, before retiring in 1998. He is a 6-time All Star, a World Series champion, an American League MVP, and an AL Cy Young Award winner. He was inducted into the Baseball Hall of Fame in 2004. 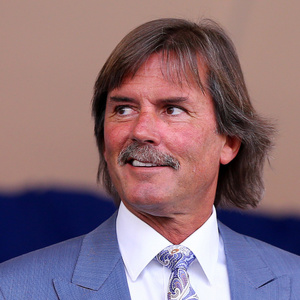