David Ross net worth and salary: David Ross is an American retired professional baseball player who has a net worth of $11 million. David Ross was born in Bainbridge, Georgia in March 1977. He was a catcher who batted and threw right handed. He played in the College World Series with both Auburn and Florida after he decided not to sign with the Dodgers who drafted him in the 19th round of the 1995 draft.

Ross was drafted again in the 7th round of the 1998 MLB Draft by the Los Angeles Dodgers. He made his MLB debut for the Dodgers in 2002 and played there until 2004. Ross played for the Pittsburgh Pirates and the San Diego Chargers in 2005. From 2006 to 2008 he played for the Cincinnati Reds. Ross played for the Boston Red Sox in 2008 and the Atlanta Braves from 2009 to 2012. From 2013 to 2014 he played for the Boston Red Sox and he finished his career playing for the Chicago Cubs from 2015 to 2016. Ross won two World Series championships. His first was with the Red Sox in 2013 and his second came with the Cubs in 2016. In 2017 he became the first baseball player to compete on the reality television series Dancing with the Stars. 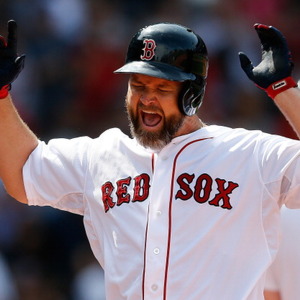