David Ortiz Net Worth and Salary: David Ortiz is a Dominican-born retired professional baseball player who has a net worth of $55 million. David Ortiz is most famous for playing for the Boston Red Sox of Major League Baseball. He is a seven time All-Star player who also holds the Red Sox's single-season record for total number of home runs in a regular season with 54. In 2005 Ortiz was awarded with a plaque naming him "the greatest clutch-hitter in the history of the Boston Red Sox."

Early Life: David Ortiz, nicknamed "Big Papi", was born on November 18, 1975 in Santo Domingo, Dominican Republic. He became a U.S. citizen in Boston on June 11, 2008. He is the oldest of four children of Enrique Ortiz and Angela Rosa Arias. He was inspired by standout pitcher Ramon Martinez growing up as well as Ramon's brother Pedro Martinez, who is also a famous MLB player for the Red Sox.

Career: Ortiz was signed by the Seattle Mariners in November 1992, after graduating from Estudia Espaillat High School in the Dominican Republic. It was ten days after his 17th birthday. He played baseball for the Mariners farm team the Wisconsin Timber Rattlers, establishing himself as one of the team's best hitting prospects, until 1996 when he was then traded to the Minnesota Twins. In 1996, Baseball America named Ortiz the most exciting player in the Midwest League.

He made his Twins debut in September 1997. During his time in Minnesota, David Ortiz hit 58 home runs and had 238 RBI. He quickly made his way up through the system and excelled, but in 2002 he suffered the tragic loss of his mother in a car accident on New Year's Day. Ortiz was also battling knee issues during this time. He managed to rise back to the top and in August he hit a memorable home run at the Hubert H. Humphrey Metrodome against Pedro Martinez. The next month he hit his first walk off home run of this career against the Cleveland Indians. In December 2002, the Twins decided to release Ortiz in a cost-cutting move after being unable to swing a trade for him. He would have been set to make $2 million in his next year-long contract. In his six seasons and 455 games with the Twins, he hit 58 home runs and had 238 RBIs.

After his release from the Twins, Ortiz ran into Pedro Martinez at a restaurant in the Dominican Republic. Martinez remembered the home run from August and brought up the prospect of Ortiz joining the Boston Red Sox, who were looking for a first baseman. Pedro called several Red Sox team officials and in January 2003, Ortiz signed a non-guaranteed free-agent contract worth 1.5 million. He helped the Red Sox get to the AL Championship Series against the New York Yankees. Ortiz hit his first career postseason home run in Game 1. He finished with two home runs and 6 RBIs in the ALCS, including an exciting solo home run during inning eight of the decisive Game 7 that put the Red Sox temporarily in the lead. However, the Red Sox lost in a dramatic finish at the bottom of the inning, sending the Yankees to the World Series. The next year, Ortiz made $4.5 million for the 2004 season. The Red Sox made it to the 2004 World Series versus the St. Louis Cardinals with Ortiz setting the tone for the four-game sweep as he hit a three-run home run at Fenway Park. Ortiz helped the Red Sox sweep the Cardinals and win their first World Series Championship in 86 years. Ortiz would go on to help the Red Sox win the World Series two more times, in 2007 and 2013. He was a 10-time All-Star. His time with the Boston Red Sox was highly successful and solidified his status as a baseball legend. In November 2015, on his 40th birthday, he announced his retirement from baseball. His uniform #34 was retired in 2017.

Salary Highlights: During his time in baseball, David Ortiz earned a little under $160 million in salary. His peak salary was the $16 million he earned in both of his final two seasons, 2015 and 2016. He also earned tens of millions from endorsements with companies like MasterCard, JetBlue, Coca-Cola and Buffalo Wild Wings, Dunkin' Donuts, New Balance and Marucci. 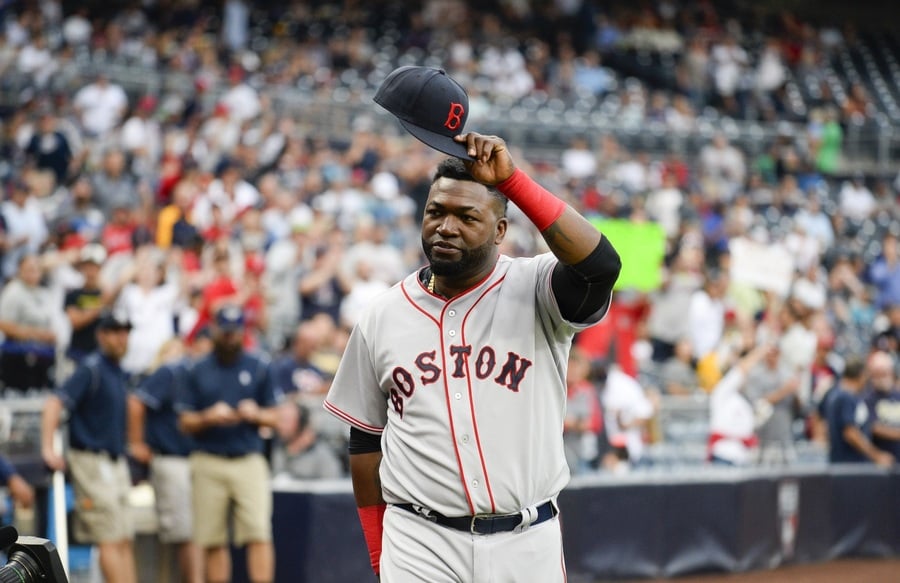 Personal Life and Philanthropy: David Ortiz and his wife Tiffany have three children: Jessica, Alexandra, and D'Angelo. His wife Tiffany comes from Kaukauna, Wisconsin. They met when he was playing for the farm league in Wisconsin and she introduced him to the Green Bay Packers; to this day he remains a huge fan of the team. The family has lived in Miami since Ortiz retired from baseball, and he also maintains a home in the Dominican Republic where his first-born son, David Andres, lives with his mother Fary Almanzar Fernandez.

David and Tiffany are both very active in charity work. He founded The David Ortiz Children's Fund in 2007. He also released his own Charity Wine label in 2008 with all the proceeds going to the David Ortiz Children's Fund. The wine called Vintage Papi proceeded to raise $150,000 for charity. In 2016, he joined UNICEF Kid Power as a Brand Ambassador.

Shooting: On June 9, 2019, Ortiz was shot and severely wounded while at the Dial Bar and Lounge in Easy Santo Domingo, Dominican Republic. He was reportedly ambushed by a man on a motorcycle who shot him in the back. He underwent a six-hour operation by three local physicians, during which a portion of his intestines, colon, and gallbladder were removed. He was airlifted by a medical flight sent by the Red Sox to bring him to Boston the next day, so he could receive further treatment at Massachusetts General Hospital, where he underwent a second surgery. Following a third surgery, he was released from the hospital on July 26, 2019. 11 suspects were arrested in relation to the shooting. The Dominican Attorney General's office announced Ortiz had not been the intended victim of the crime. The shooting had been carried out by the orders of Victor Hugo Gomez Vasquez who was associated with a Mexican drug cartel. The intended victim was a regular patron at the bar and Ortiz was misidentified in a photo of the intended victim. Vasquez was arrested on June 28. 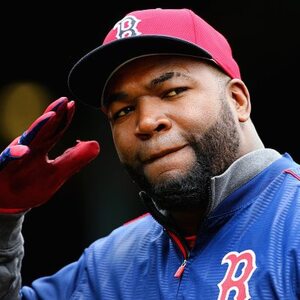