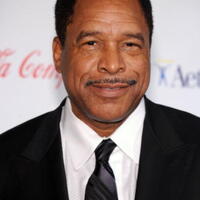 Dave Winfield Net Worth: Dave Winfield is a former American professional baseball player who has a net worth of $12 million. Dave Winfield was born in St. Paul, Minnesota, in 1951. He played college baseball and basketball for the University of Minnesota Golden Gophers. Winfield made his Major League Baseball debut on June 19, 1973 for the San Diego Padres. He played with the Padres until 1980 when he became a member of the New York Yankees from 1981 until 1990. Winfield later played for the California Angels from 1990 until 1991, the Toronto Blue Jays in 1992, the Minnesota Twins from 1993 until 1994, and, lastly, the Cleveland Indians in 1995. Winfield, a right-handed outfielder, last appeared on October 1, 1995 with the Indians. He is a twelve-time MLB All-Star from 1977 until 1988. Winfield won seven Gold Glove awards and six Silver Slugger Awards. He was awarded the American League Comeback Player of the Year honor in 1990. Four years later, he won the Roberto Clemente Award. Winfield finished his pro playing career with a .283 batting average to go along with 3,110 hits, 465 home runs, and more than 1800 runs batted in. The Padres retired his jersey, number 31. He was inducted into the College Baseball Hall of Fame and is a first ballot member of the Baseball Hall of Fame. He worked as a studio analyst after his retirement with several networks, including Fox and ESPN. Winfield created the David M. Winfield Foundation. He is also the founder of a scholarship program in his hometown of St. Paul, Minnesota.