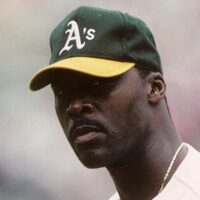 Dave Stewart Net Worth: Dave Stewart is a former American professional baseball player who has a net worth of $10 million. Born in Oakland, California, in 1957, Dave Stewart made his Major League Baseball debut on September 22, 1978 with the Los Angeles Dodgers. He played with the Dodgers in 1978, and from 1981 until 1983, before joining the Texas Rangers from 1983 until 1985, the Philadelphia Phillies from 1985 until 1986, the Oakland Athletics from 1986 until 1992, the Toronto Blue Jays from 1993 until 1994, and the Oakland A's a second time in 1995. He last appeared in July of 1995 with the A's. Stewart earned MLB All-Star honors in 1989. The right-handed pitcher won three World Series championships in 1981, 1989, and 1993, and was named Most Valuable Player of the 1989 World Series. He is a two-time MVP of the ALCS and won the Roberto Clemente Award in 1990. Stewart pitched the only no-hitter of his career on June 29, 1990. After his retirement, Stewart worked as a coach with a few teams before landing a job with the Blue Jays organization. He owns his own sports agency, Stewart Management Partners. He has worked with several high-profile baseball players. In September 2014, Stewart landed a job as general manger of the Arizona Diamondbacks. He has two children with his ex-wife.

During his career, Dave Stewart earned just under $20 million in salary. That's the same as earning around $34 million in today's dollars after adjusting for inflation.