Darren Oliver Net Worth: Darren Oliver is an American retired professional baseball player who has a net worth of $24 million. Darren Oliver was born in Kansas City, Missouri in October 1970. Oliver was a pitcher who batted right and threw left handed. His father Bob Oliver played in the major leagues for many seasons.

Darren played baseball and basketball at Rio Linda High School. He made his Major League Baseball debut for the Texas Rangers in 1993 where he played until 1998. He next played for the St. Louis Cardinals from 1998 to 1999 and then the Texas Rangers from 2000 to 2001. Oliver pitched for the Boston Red Sox in 2002 and the Colorado Rockies in 2003. He played for both the Florida Marlins and Houston Astros in 2004. He next played for the New York Mets in 2006 before playing with the Los Angeles Angels of Anaheim from 2007 to 2009. Oliver signed a one year deal worth $3.5 million with the Texas Rangers where he played from 2010 to 2011. In 2012 he signed a one year deal worth $4.5 million with the Toronto Blue Jays where he played through the 2013 season. In 2014 Oliver accepted a front office position with the Texas Rangers and special assistant to general manager Jon Daniels. During his MLB career Oliver posted a record of 118 – 98 with 1,259 strikeouts and an ERA of 4.51. 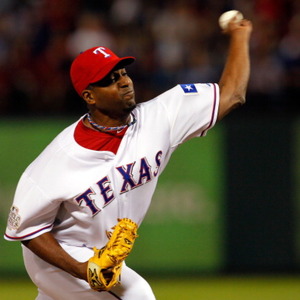