Danny Tartabull Net Worth: Danny Tartabull is a former Puerto Rican professional baseball player who has a net worth of $14 million. Danilo Tartabull Mora was born in San Juan, Puerto Rico, in 1962. He made his Major League Baseball debut on September 7, 1984, as a member of the Seattle Mariners, and he played in Seattle until 1986.

Tartabull went on to play for the Kansas City Royals from 1987 until 1991, the New York Yankees from 1992 until 1995, the Oakland Athletics in 1995, the Chicago White Sox in 1996, and the Philadelphia Phillies in 1997. Tartabull last appeared in a pro uniform on April 7, 1997 with the Phillies. He finished his pro playing career with a .273 batting average to go along with 262 home runs and 925 runs batted in. Tartabull, a right-handed right fielder, earned MLB All-Star honors once in his career in 1991. He is the son of former major leaguer Jose Tartabull, who was active during the '60s. Tartabull has appeared in several TV shows, including "Married…with Children" and "Seinfeld," where he played himself in two episodes. Tartabull had an arrest warrant issued in his name after he did not appear for his six-month jail sentence in May of 2012. Tartabull is accused of not paying child support for two of his sons in excess of close to $275,000. 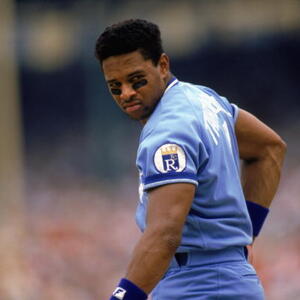