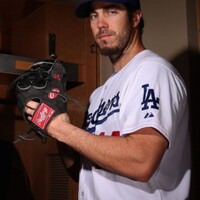 Dan Haren Net Worth: Dan Haren is an American professional baseball player who has a net worth of $26 million. Dan Haren was born in Monterey Park, California, in 1980. He played baseball at Pepperdine University in his home state where he earned West Coast Conference Freshman of the Year honors. He and fellow teammate Noah Lowry became one of the most fearsome pitching duos in the West. In 2001, Haren won WCC Player of the Year honors. The St. Louis Cardinals drafted Haren with the 72nd overall pick during the second round of the 2001 Major League Baseball Draft. He made his professional debut a few years later with the Cardinals on June 30, 2003. He played with the Cards until 2003 before joining the Oakland Athletics from 2005 until 2007, the Arizona Diamondbacks from 2008 until 2010, the Los Angeles Angels of Anaheim from 2010 until 2012, the Washington Nationals from 2013, and the Los Angeles Dodgers in 2014. As of the fall of 2014, Haren is still with the Dodgers. He is a three-time All-Star (2007-2009). Haren, a right-handed starting pitcher, has amassed a 142-122 career win-loss record through the end of the 2014 season. He has a 3.77 earned run average and 1,881 strikeouts.