How much is Dale Murphy Worth?

Dale Murphy Net Worth: Dale Murphy is a former Major League Baseball player who has a net worth of $15 million. He was born Dale Bryan Murphy on March 12, 1956, in Portland, Oregon. He played outfield and first baseman. Throughout his 18-year active baseball career (1976-1993), he played for three different teams starting with the Atlanta Braves. He was drafted by the Braves as the 5th overall pick in the 1974 draft, and embarked on his major league career with a nineteen game stint catching with the team two years later. Initially, he played mostly first base and then he switched to the outfield in 1980, a move that brought a decade of highly productive play in the National League. He began in left-field, shortly after he shifted to center-field, the position at which he would earn his greatest success. By 1982, Murphy has transformed from a bench-riding catcher into an All-Star MVP outfielder. 1982 was definitely the most decorated year of Murphy's career, as he won his first of five consecutive Gold Gloves, as well as the first MVP Award by a Brave since Hank Aaron in 1957. Actually, the whole period from 1982 to 1986 was marked by Murphy's remarkable play, each year winning a Gold Glove, appearing in the All-Star Game, and being placed in the top ten in MVP voting. Following this golden period, Murphy's production began a harsh slide downward. This made the Braves trade Murphy after fifteen seasons to the Philadelphia Phillies in 1990. After his three mostly uneventful seasons with the Phillies, Murphy ended his career with a season for the Colorado Rockies in 1993. Following his retirement from the sport, he continued leading acting life in various fields ranging from politics (he considered a run for Utah governor in 2004) to supporting manifold charities and non-profit organizations. 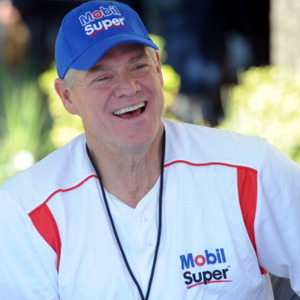