Curt Schilling net worth: Curt Schilling is a retired major league baseball player and sports commentator who has a net worth of $1 million dollars. In 1993, he led the Philadelphia Phillies to the World Series, and in the 2000s won championships with both the Arizona Diamondbacks and the Boston Red Sox. Schilling has a record .846 postseason winning percentage, and has the highest strikeout-to-walk ratio of any member of the 3,000 strikeout club.

Financial Problems: After retiring from baseball Schilling founded a video game company called 38 studios (named after his jersey number). Unfortunately due to some bad financing decisions the company lost everything. Curt reportedly spent his entire estimated $50 million baseball fortune trying to save the company. More info in this article:

Early Life and Career Beginnings: Curtis Schilling was born in 1966 in Anchorage, Alaska. He got his start in amateur baseball playing for Shadow Mountain High School in Phoenix, Arizona, and later, in 1985, at Yavapai College in Prescott.

Schilling's professional career began with the minor league Elmira Pioneers, which was at the time an affiliate of the Boston Red Sox. In 1988, following two-and-a-half years in the minor leagues, Schilling was traded to the Baltimore Orioles. His tenure with the Orioles lasted until 1990; he subsequently spent a year with the Houston Astros. In 1992, he was traded to the Philadelphia Phillies in exchange for Jason Grimsley.

Tenure with the Philadelphia Phillies: Following his rocky career with the Astros and Orioles, Schilling was provided the opportunity to regularly pitch and start with the Philadelphia Phillies. He thrived in this position, leading the team in wins, strikeouts, shutouts, and ERA over his first season in 1992. The next year, during the team's pennant run, Schilling had a 4.02 ERA and 186 strikeouts. At the National League Championship Series, he ended up leading the Phillies to an upset victory over defending champion the Atlanta Braves. With his 1.69 ERA and 19 strikeouts, he earned the 1993 NLCS Most Valuable Player Award. Following this, Schilling took the Phillies to the World Series, in which the team played against, and ultimately lost to, the defending world champion Toronto Blue Jays.

In 1997, 1998, and 1999, Schilling was selected for the NL All-Star team. It was during the 1997 season that he also set a strikeout record for a Phillies single season, his 319 strikeouts besting the previous record of 310 set by Steve Carlton in 1972. From 1997 to 1999, Schilling averaged 16 wins per season, despite the team failing to finish any season with a winning record. With 101 career victories, he ranks sixth of all time among Phillies pitchers.

Success with the Arizona Diamondbacks: In 2000, dissatisfied with the performance of the Phillies, Schilling requested he be traded to a more competitive team. That July, he was traded to the Arizona Diamondbacks in exchange for pitchers Vicente Padilla, Nelson Figueroa, and Omar Daal, as well as first baseman Travis Lee. In 2001, Schilling had a 2.98 ERA and went 22-6 with the Diamondbacks, leading the majors in wins. That year, he took the Diamondbacks to the World Series, where the team emerged victorious over the New York Yankees after seven games. Schilling shared his World Series MVP Award with teammate Randy Johnson, who took over for him and clinched the win in Game Seven.

Boston Red Sox and Continued Success: Schilling was traded to the Boston Red Sox in 2003, in exchange for Brandon Lyon, Casey Fossum, Mike Goss, and Jorge de la Rosa. The trade reunited Schilling with his former Phillies manager Terry Francona. In 2004, upon winning his 20th game of the year, he became only the fifth Boston pitcher to win 20 or more games in a first season; he ended the season with a 21-6 record. In October of 2004, Schilling clinched Game Six of the American League Championship Series against the New York Yankees, all while playing with an injured ankle that soaked his sock in blood. After emerging victorious in Game Seven, Schilling took the Red Sox to its first World Series appearance since 1986. With his sock soaked in blood once again, Schilling led the Red Sox to a four-game sweep against the St. Louis Cardinals.

After a 2005 season on the disabled list due to his persistent ankle injuries, Schilling played a 2006 season in better health. He finished the year with a 15-7 record and 198 strikeouts, achieved his 200th career win, and made his 3,000th strikeout. Additionally, he earned the record of highest ratio of strikeouts to walks among all pitchers with at least 3,000 strikeouts. In 2007, Schilling came close to playing his first career no-hitter. Later, in the postseason, he threw seven shutout innings in the ALDS, winning 9-1 against the Anaheim Angels. Schilling led the Red Sox to the World Series again in 2007, sweeping the Colorado Rockies in four games.

Free Agency and Retirement: Following his 2007 success, Schilling filed for free agency. He subsequently signed a one-year deal with the Boston Red Sox, but missed the season due to a shoulder injury.

After 20 professional seasons, Schilling officially announced his retirement in 2009. His career closed with a 216-146 record and 3,116 strikeouts, the 15th most in the history of the MLB. In 2012, he was inducted into the Boston Red Sox Hall of Fame.

Personal Life: Schilling is among only 11 players born in Alaska to play in the MLB. He formerly lived in Medfield, Massachusetts in an 8,000-square-foot home, which he put on the market for $3 million in 2013. He is married to Shonda Schilling, with whom he has four children: Gehrig, Gabriella, Grant, and Garrison.

Controversies: A long-time conservative, Schilling has been accused of racism and homophobia. His career has included numerous instances of conflict with fellow baseball players, management, and the media. In 2016, while working for ESPN, Schilling was fired by the network for his anti-transgender social media posts. 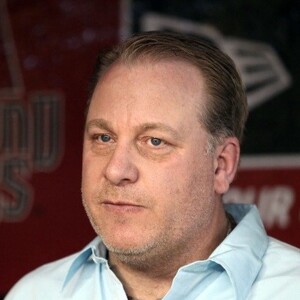