Cole Hamels net worth and salary: Cole Hamels is an American professional baseball player who has a net worth of $60 million. Cole Hamels was born in San Diego, California, and attended Rancho Bernardo High School. While in high school, he attracted the notice of multiple scouts because of his 94 mph fastball.

However, he broke his arm his sophomore year, and interest in the young player disappeared. However, he bounced back well enough to be drafted by the Philadelphia Phillies in 2002. He spent the next few years playing in the Minor Leagues, where he quickly distinguished himself. He won the Paul Owens Award for best pitcher in the Minor Leagues, his first year. The next few years were sporadic as he dealt with injuries, but after getting back on track, he was called up to the Major Leagues in 2006. Since then, he has been a 3 time All-Star selection, and won both the Babe Ruth Award and NLCS MVP. The Philadelphia Phillies were the 2008 World Champions. 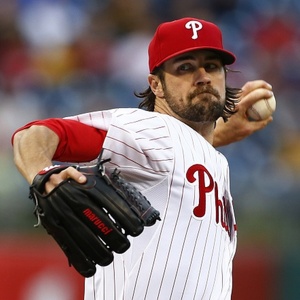