Cody Ross Net Worth: Cody Ross is an American professional baseball player who has a net worth of $22 million. Cody Ross was born in 1980 in Portales, New Mexico, and he was a standout baseball player at his local high school, even throwing a five-inning perfect game. The Detroit Tigers drafted Ross straight out of high school in the fourth round of the 1999 Major League Baseball draft and he began playing in the organization's farm system. Ross made his pro debut on July 4, 2003 with the Tigers. He spent one season in the majors in Detroit before he was dealt to the Los Angeles Dodgers, where he played from 2005 until 2006. Ross went on to play with the Cincinnati Reds briefly in 2006 before landing with the Florida Marlins later that season. Ross' career took off with the Marlins and he remained with the team until 2010. He has since played with the San Francisco Giants from 2010 until 2011, the Boston Red Sox in 2012, and the Arizona Diamondbacks in 2013 and 2014. As of the end of the 2014 season, Ross remains with the Diamondbacks. To date, he has a 2.63 career batting average to go along with 132 home runs and 505 runs batted in. Ross was part of the 2010 World Series championship San Francisco Giants team, and was named MVP of the NLCS earlier that season. He is a right-handed batter and left-handed thrower, and plays in the outfield. Ross and his wife, Summer, have two children together, and live in Scottsdale, Arizona. 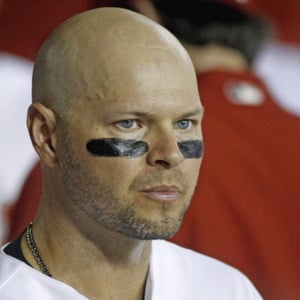