How much is Cliff Lee Worth?

Cliff Lee Net Worth: Cliff Lee is an American professional baseball player who has a net worth of $50 million. Cliff Lee was born Clifton Phifer Lee on August 30, 1978, in Benton, Arkansas. He is the left-handed starting pitcher for the Philadelphia Phillies of Major League Baseball. Even though he was drafted 12th overall by the Florida Marlins in the 8th round of the 1997 Major League Baseball Draft out of Benton High School in his hometown, he didn't turned pro at the time. Instead, he decided to attend Meridian Community College in Mississippi, and then the University of Arkansas. Eventually, he embarked on his professional career being chosen in the 4th round by the Montreal Expos in the 2000 amateur draft. Since, he has enjoyed a prolific career on the field winning the American League Cy Young Award in 2008 as a member of the Indians. In addition to his current tenure with the Phillies and the award-winning one with the Indians, he also played with the Seattle Mariners, and the Texas Rangers. As for his latest 5 year contract, it has been earning him $24 million per year since 2011.But that's not all! Lee also signed an endorsement deal with the waste hauler J.P. Mascaro & Sons in 2011 in order to feature Lee's image on its garbage trucks.

Cliff Lee Contract
Starting in 2012, Cliff Lee began earning a salary of $24 million per year as part of a 5 year $120 million contract with the Philadelphia Phillies. 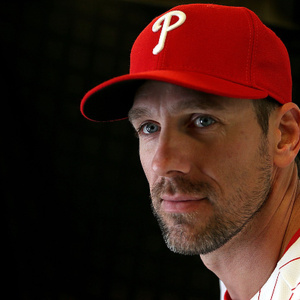