Cliff Floyd net worth: Cliff Floyd is a former Major League baseball player who has a net worth of $500 thousand. Cliff Floyd was an outfielder for the Montreal Expos, New York Mets and San Diego Padres before leaving the game in 2009. In high school, Floyd led the school baseball team to Class AA Selection. His achievement led to him to be regularly recruited by the Arizona State University, Stanford and Creighton University. He was eventually picked up by Montreal Expos in the 1991 Draft. After some time in the minor leagues, Cliff eventually made his major league debut in 1993 for the Expos. By 1997, Floyd switched to the Florida Marlins before making a returned to the Expos again in 2002. Within months of his return, Floyd went to Boston Red Sox. A year later he switched to the New York Mets, where he had the best performance of his career, leading the team with 34 home runs on the season. In 2007, Floyd struck a deal with Chicago Cubs but with the death of his father, he missed nine games. Towards the end of 2007, Floyd signed a $3 million contract with Tampa Bay Devil Rays before agreeing a year contract with San Diego Padres in 2009 – but months later, Floyd was released by Padres. He's now a host on Sirius XM Radio.

Cliff Floyd Broke:
In October 2012, Cliff Floyd was featured in an ESPN documentary called "Broke" about athletes who have blown through large sums of money only to be left in a dire financial situation. Floyd, along with Andre Rison, Allen Iverson and Bernie Kosar are just a few of the dozens of athletes in the documentary who have gone from huge mult-million bank accounts to being broke. Shockingly, Floyd $53 million in the MLB, before taxes and fees. 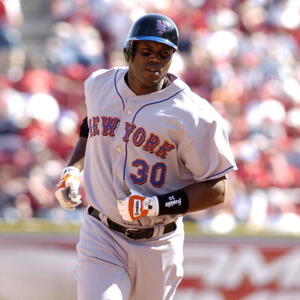