Kershaw was drafted #7 by the Los Angeles Dodgers in the 2006 MLB Draft. He made his major league debut in May 2008 and has played for the Dodgers his entire career. Kershaw is a four time MLB All-Star from 2011 to 2014. He won the National League Cy Young Award in 2011 and 2013. In 2011 Kershaw won the Triple Crown, Gold Glove Award, and was the NL wins champion. He was the NL ERA champion from 2011 to 2013 and the NL strikeout champion in 2011 and 2013. In 2012 he won the Roberto Clemente Award and in 2013 the Branch Rickey Award. Kershaw pitched a no-hitter on June 18, 2014. He is heavily involved with several charitable efforts formed Hope's Home, an organization formed to build an orphanage in Zambia.

Contracts and Career Earnings: In 2012 he signed a two year deal worth $19 million. In 2013 he signed a seven year $215 million contract extension. On November 2, 2018, Clayton signed a new three-year $93 million extension with the Dodgers. Before that deal was signed he had two years and $65 million left on a seven-year deal he signed in 2014. The new deal essentially adds one more year to his contract and $28 million.

Between June 2017 and June 2018, Clayton earned $35 million in salary and endorsements. 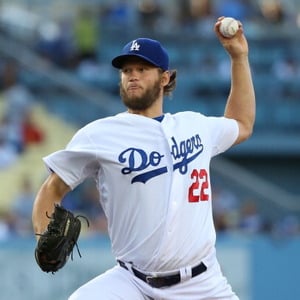