Chuck Knoblauch net worth: Chuck Knoblauch is a retired Major League Baseball player who has a net worth of $22 million. That net worth has been accumulated through playing in more than one position with a variety of different teams, including the Minnesota Twins, the New York Yankees, and the Kansas City Royals. Knoblauch's major league career began with the Minnesota Twins. And it wasn't a bad start to a career, earning both a World Series ring and an American League Rookie of the Year award. This earned him popularity in Minnesota that turned out to be short lived, after he made a controversial request to be traded away from the Twins to the New York Yankees. This action earned him the hatred of Twins fans everywhere, and he is still greeted with jeers (and projectiles) whenever he entered the Metrodome in Minneapolis from then on. His career with the Yankees was about as promising as his start, considering that the team won the World Series championship for every year he was on it. But as an individual player, Knoblauch soon showed signs of deterioration with the Yankees, even before moving to Kansas City (and retiring in 2003). He began to develop what's known as "the yips," characterized by his difficulty making accurate throws to first base. Knoblauch hit a new low when one of his many throwing errors resulted in broadcaster Keith Olbermann's mother getting hit in the face. 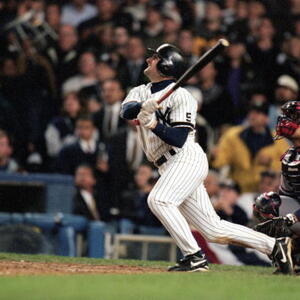