Chris Johnson net worth and salary: Chris Johnson is an American professional baseball player who has a net worth of $16 million. Chris Johnson was born in Naples, Florida in October 1984. He is a third baseman who bats and throws right handed. Johnson was drafted by the Boston Red Sox in the 37th round of the 2003 Major League Baseball Draft.

He chose to go to Stetson University where he was named A-Sun Freshman of the Year and won the Atlantic Sun Tournament Championships twice. Johnson was against drafted in the 2006 MLB Draft by the Houston Astros where he made his debut in 2009 and played until 2012. Johnson was traded to the Arizona Diamondbacks where he played in 2012. He was then traded to the Atlanta Braves where he has played since 2013. Johnson signed a one year deal for $2.3 million with Arizona in 2013. In 2014 he signed a three year extension with the Braves for $23.5 million. Chris' father is former MLB player and coach Ron Johnson. 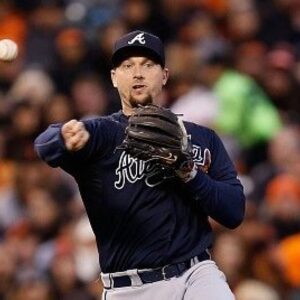