He maintained a win-loss record of 144-94, an earned run average of 3.76 and 1,697 strikeouts. He is a three-time All-star for the years 2005, 2006, and 2010. He also went on to win the 2006 and 2011 World Series Championships and received the NL Cy Young Award, the NL Comeback Player of the Year award, and the honor for NL ERA Champion. After experiencing some difficulty with his shoulder in 2013, it was rumored that Carpenter would not be pitching for the Cardinals that season. After persistent discomfort and inability to pitch after two rehab starts, he announced his retirement on November 20, 2013. Carpenter is known for throwing sinkers, cutters, curveballs, four-seam fastballs, and changeups. Carpenter currently lives in St. Louis, Missouri with his wife and two children. 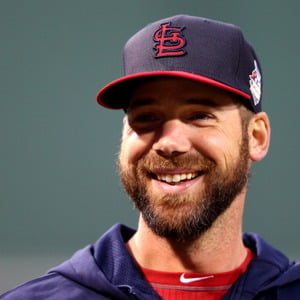